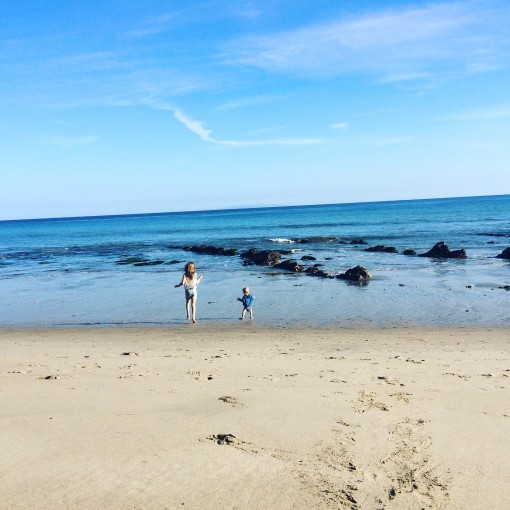 When there is an obstacle, you have to rise to the challenge, not be overwhelmed by it.

I’ve been trying to gather my thoughts around how I’ve changed on a personal level since then.

It’s been a year since his final discharge from the hospital, although we have spent time there this year as well. Something in me has fundamentally changed in a positive way and the way I’m approaching my life. I’ve learned to deal with the cards that I’ve been dealt, not just in an intellectual sense, but in some sort of incorporated sense that gives me a perspective and some newfound tools to navigate not only through everyday life, but challenges as well. The way I live now involves some simple philosophies that I try to follow as much as I can, although I had to hit my lowest point to figure this out. Leon’s premature birth, hardships, and ongoing challenges have forced me to change a pattern, not only on a practical level, but on an internal personal level as well. It certainly didn’t happen over night – it’s been a long journey and still is. But the experience has taught me for real that an easy road to anything doesn’t exist. Not that I’ve ever believed that, but I think it’s human to try to resist pain if we can, to fight against it, try to change it, avoid it, postpone it… Health issues, special needs, and experiences outside of your emotional life, are uncontrollable.  They’re thrown at you when you least expect it. You’ve seen it happen to other people, felt compassion, even intellectually had some understanding of it, but hoped and believed that you might be the chosen one, and that for some reason you’d never have to go through anything like it. Some of the restraints on my life and my daughter’s life, and some of the issues we still deal with, would have been unbearable for me to imagine a year ago when Leon was still in the hospital. I yearned for everything to stop, but I kept going.   Sometimes voluntarily, sometimes by stepping back from the well of emotions that I didn’t want to deal with and all the hard facts and I forced myself to keep on moving forward into a new normal. Discipline took on a new meaning. People told me I was resilient, but I couldn’t see why anyone wouldn’t have done the same for their children, even though I personally knew parents that wouldn’t because they didn’t have it in them. That part is still a mystery to me.

Working oneself step by step from darkness into the light to create a new normal does have unlimited rewards. It’s just while working through it , willingly or unwillingly, it’s so hard to know or to believe that it’s ever going to change. But change comes slowly, often so slowly, that we don’t even notice that it’s taking place. For me, I think part of the result is accepting the unknowns and appreciating the slow process of change and how humbled and happy one becomes with a lack of endless choices and possibilities. My life’s boundaries are stricter for me, but my personal boundaries and my time are so much more important as well. And I think that makes me kinder and better as a person on a deeper level. I can confront real pain and loss in a different way, because I know about it, not just because I’m intellectually capable. This also draws a division between real pain and self  inflicted pain. I have no patience for the latter as I had before. When spending time at the hospital with my son, seeing all kinds of devastating illness around me, sometimes it took me days to recover. I was in shock confronted with the hardships that the young children around me had to endure, including my son. The bonds that I created with other mothers, and the compassion I felt for them – our mutual struggles in this invisible world of hospitalization – created a new side of my personality. When I now occasionally have to go to doctor’s appointments at these hospitals, I no longer feel fear.  I’ve accepted this as a part of living, as a part of a lot of people’s lives, sooner or later. No one is immune from hard work, pain, and suffering but we can be united in it by being open and opening our eyes.

When my father was diagnosed with incurable cancer the year before Leon was born, I couldn’t integrate it into my system. It was too hard. Instead of living with it internally, I sort of coped with it as if it was something happening beside me. When Leon was born unexpectedly, I found myself thrown into uncertainty in a way I never imagined possible.  Handling becoming a single mother at the same time, I was asking “why?” and the “why me” couldn’t leave my side. But working through the anger, the despair, the hurt, and the childish belief that life should be fair – while observing my daughter’s fearless approach, accepting as only a child can, a sick brother a sick grandfather as something “normal” – I slowly stopped asking why. I don’t know exactly when, but at some stage within the process of navigating the cards I had been dealt, the “why’s” disappeared. I stopped fighting against the odds, and I embraced the facts. I embraced my new life, my newfound abilities, and my day to day approach that life gives you no guarantees. This knowledge became a part of me. Not to say that I still didn’t get worn out, frustrated, scared or provoked by my circumstances and my challenges, but somehow I had now found tools to navigate through the emotions when they came along. Putting up boundaries, valuing my time, respecting my task as a mother, being patient, finding new meaning in the mundane, in loneliness, lowering my expectations, and enjoying our progress whether or not it was small or big.

Last year, I wrote a piece on this blog about how I had longed for my past life.   I did for a long time, and now I certainly wish for all of Leon’s health problems and my dads health problems to go away.   It brings me down that my son might have a feeding tube  for years, that I still need to have him on oxygen when we fly, but then again how crazy happy I am to see him walking and finally gaining weight… While my dad is undergoing hardcore chemo treatments, and I can’t spontaneously go and see him because of Leon and being on the other side of the world, I know now that I can somehow, with my new skills and experience in the medical world, help him navigate if he wants me to, and that means something to me.

I certainly don’t want any of these problems, but at the same time, I don’t want my old self and my old life back either. Life is beautiful in a new way for me. I’m worn to the core at times, and I don’t have all the answers, but I’m proud of the changes and challenges I’ve gone through and go through, and that I can be patient and live slowly.  I’m at peace with the pain and the effort and sometimes feeling a lack of connection to others that have very different life.  The pride I feel when I look at my children, their resilience, and their unbreakable love for one another makes me inexplicably proud to be their mother. However invisible it might be to nurture children – the lack of status and financial stability that comes with it – I would never have chosen a different path. When the day comes where I can chose differently, and their needs are different, I will and can do whatever it takes to keep myself afloat.  I tell myself that if I can continue getting through this and keep a realistic hope going, the future can be whatever I make it to be.

A good life is not a life without problems. A good life is a life with good problems, m. Meaning real problems that you’re are able to work with  every day and not give in. To have proven to your loved ones, and to yourself, that when it matters- you never ever give in or give up . That is not an option. In the heart of darkness is another type of light. It’s much more demanding, but it’s real.

When I finally made it back to Norway this Christmas, it was dark and cold, and as I feared would happen,  Leon got really sick.  My dad was sick, and my daughter wanted to do her everyday things. I felt I was pulled in every direction, and I was thinking that the worst thing that could happen was to end up in the hospital, which we did. Isolated, I was there, again, but I was with my dad.Surprisingly, together with the two “sick” men in my life, locked into a room in a hospital, we connected on another level. In the silence and total isolation, I was able to spend a day with my dad that turned into something very important for me. We were in that moment completely – Undisturbed, focused, and not in control of anything, just facing the facts, and accepting the outcome of that day.

These are the moments, kind of inexplicable to others, when you stare into the heart of confusion and the strains of sadness, and struggle turns into a deeper joy.

For my son, my daughter. For my dad. I love you. 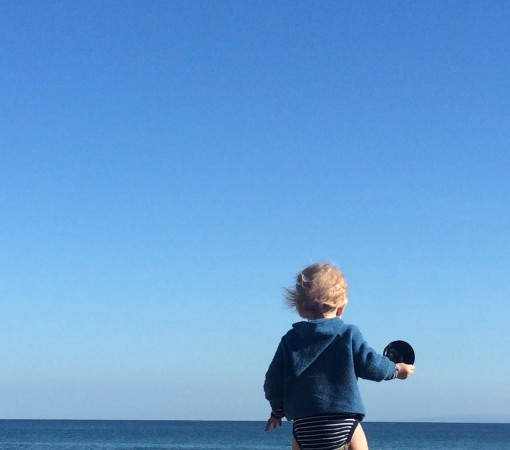