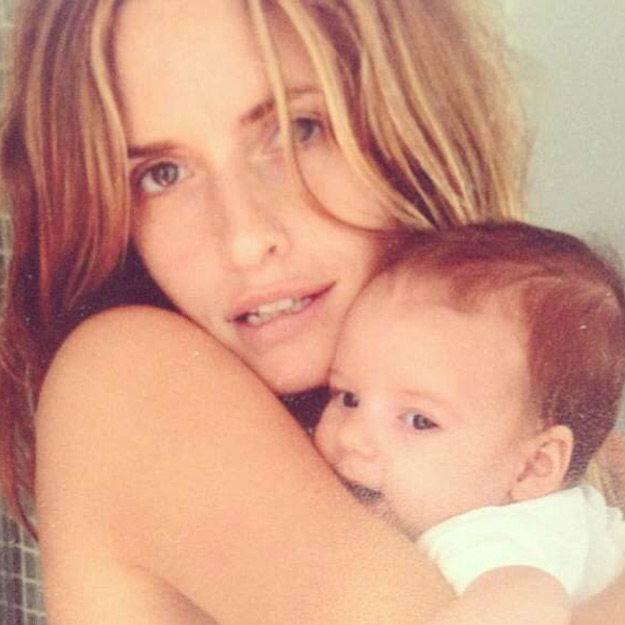 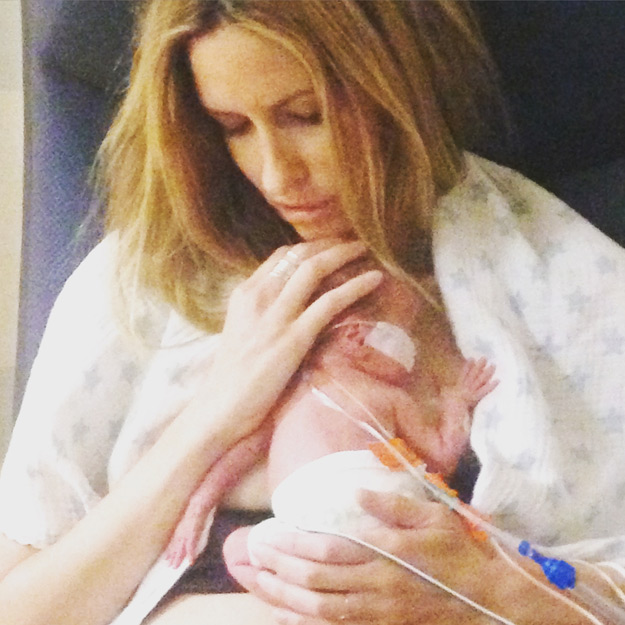 “I am longing for the past. Thinking about driving along the coastline in Italy watching the sun set. Listening to the grasshoppers in a quiet Tuscan night overlooking the endless floating hills that stretch beyond and the landscape that looks limitless. The hopeful quiet nights are filled with possibilities.

I am longing for the underlying excitement in wondering what the future might bring, while watching my daughter in the backseat of the car, exploring with her eyes. New territories.

I am looking at my son now. Hooked up to tubes and wires. My quiet nights filled with hopes and dreams for the future have been exchanged with a constant pressure and fear for the future to the sound of a respirator pumping air into his unfinished lungs. “ What if his desire to be alive will be interrupted by the fact that inside, he might be deteriorating, that I will not be able to keep him?” The feeling of freedom attached to my dreams is no longer possible. I’m now only allowed a disciplined focus on the present moment.

My life now seems like a different one. I have embarked on another mother’s journey. One that I do not yet know. Please let me be united with the one that I am for my daughter. Let me be able to mother him like I do with her. Let him break out of this isolation so that we can be united.” 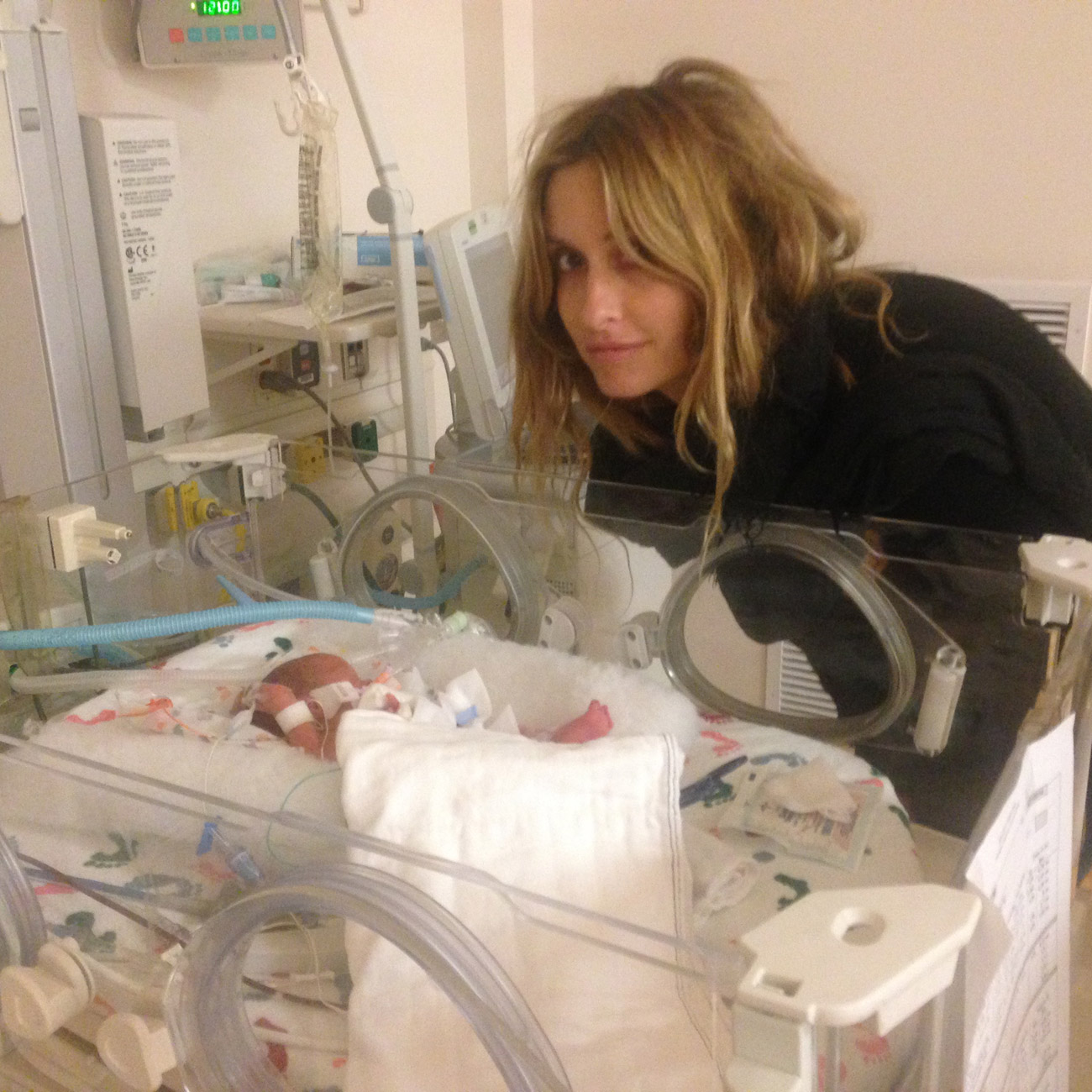 I have cornered myself and figured that the only way to start writing about subject matters that interest me and are of importance to me on this site, is to get past the story about my children. In particular, my son’s story that over the past year has changed me in a fundamental way.

It has taken me 13 months, 8 of them spent in numerous hospitals and intensive care units dealing with the unknown outcomes of my son’s condition. I have had to handle medical devices like oxygen tanks and feeding tubes, and learn nursing skills I’ve never thought of as part of mothering. It has taken me lots of personal writing and soul searching to even go near the thought of sharing my experience with anyone that has not belonged to my inner circle of confidants.

I have come to realize that sharing is the only way through at this point to enable myself to embark on a new chapter.

When my son, Leon, was born unexpectedly due to placental eruption at 25 weeks, weighing just over one pound, my world and life, as I knew it was altered. Nothing was within my control as a mother.

Having raised my daughter, Siena, for 7 years prior to this experience, I had my set expectations on what motherhood was.

When my daughter was born, she instantly opened up my world. I felt complete as a person, and being her mother was the most groundbreaking, positive thing that had ever happened to me. I embraced every single aspect of being a mother. I had naively expected my second experience to be somewhat the same.

Until now, six weeks post Leon’s hopefully final discharge from the hospital, I’ve never had a moment to figure out where and how my experiences had been stored. In critical life situations, there’s no room for contemplation. You enter survival mode. Now, when I finally see some light in the end of the tunnel, and progress in Leon’s health and development, I can allow myself some space.

I have been trapped within this world of uncertainty. Life in control is just something we cling to, I guess to feel better and avoid confrontation. If not forced, we might just keep on living the narrative we have created for our lives, trying not to deal too much with all the unknowns.

By Leon’s sudden birth, I myself was forced into the present and had no choice. I dealt with life and death for the first time in my life, and it was my child. I was devastated. I was confused. I was broken. I was angry. I was looking at a fetus, not a baby, as I knew it from before. I could not touch him, I could not hold him, and I could not do anything my instincts told me to do. I could not help him in a natural way – only rely on what the doctors told me, and hope that the machinery he was attached to would work.

“Go home, be with your daughter, your son is in the phase where we do not know anything” said the doctors the first week of his life. At that point, they were just keeping him alive, and they needed time to see if he had the strength to keep on living.

Confronted with this, I had one mission: to keep my mother role intact for my daughter. To keep on being the mother I knew I already was for her, and learn how I could mother my son from a “distance”. But my inside was shattered. I wanted so much to help him. I was battling a myriad of contradictive emotions. Endless days and nights in the hospital pumping milk I hoped would help him, trying to fully understand the nature of all his procedures. Unable to do anything that might change the situation, I clung to the hope that my smell, and eventually my touch and my voice, could give him a little bit of comfort and allow him to feel that he had a mother. Nature does not work well with science, but science was the only way forward. Everything felt helpless, combined with all the wires and machinery he was attached too.

The loneliness and isolation I felt was almost unbearable, and I realize in the aftermath of this, inexplicable to others. It was also subjective. My life as I knew it, and the experiences I relied on, were no longer relevant. It was wiped out. I found no one with the same experience, the same medical challenges, or the same feelings that I had going on inside of me.

I struggled to make those around me understand exactly how I felt and what was going on medically with Leon. How I could expect any connection and a full understanding from others I see in retrospect was magical thinking. It’s impossible. It was like being stranded on a desert island fighting an invisible battle, and all I wanted and needed was to be connected, but I felt we were invisible, like Leon had not yet been born.
I felt as I was incubated myself and identified with every single medical challenge my son went through.

I’ve had strange almost physical sensations throughout this year where it feels like my whole inside is trying to rebuild itself, reorganize itself.
This year has given me perspectives from another dimension.

Until Leon was born, I’d had one healthy vibrant child. Unknowingly, I had been taking many, many things for granted. But still, the most difficult part for me as a mother was I knew how it could be. I wanted only the same for my son. There’s was no way I could settle for him possibly not having the same opportunities as my daughter and to be free. The only thing I wanted and longed for was for him to be healthy, not dependent on any devices to keep his life moving forward. To me that was not a life.

I didn’t and I don’t find a meaning in anyone having to fight life-threatening diseases or endure the complexities of having a sick child or one with special needs. I had to avoid people claiming, ” It will be okay” even though I know it was said with good intentions. What’s okay is subjective.

There’s no way it is okay to have a sick child. People with seriously sick children, or people who are sick themselves, can only relate to the realism they are confronted with on an every day basis. You deal with facts, and the reality of medical necessities, and a merciless financial pressure, and all sorts of practicalities. There’s no possible way you can create your own narrative under these circumstances.

Hope was for me important, but wishful thinking had no relevance. My heart had been broken, my life too, it seemed like, in the darkest of times spent in the hospital observing my son go through countless procedures, advocating intensely with doctors and medical teams making decisions about Leon’s state, and haunted by what he might suffer from in the future. No one could give me a clear answer. Day by day was the only advice I got from the doctors. No promises.

But somewhere along the silent, endless nights spent at the hospital, in the brokenness, in the emptiness, and feeling of helplessness, the truth of life came into focus. Humbled by mothers around me fighting for their sick children, sleeping in their beds at night, seemingly invisible to the outside world, true focus and clearness became possible also for me.

A new reality was created from Leon’s birth and complications. I had to create a permanent division between what was and what is.

I suddenly wanted to use this focus to create a true self. Reinventing, trying to work through all these unknowns I had been confronted with. I wanted to reach a new level of me personally and as a mother. I do feel stronger now. I have a discipline I never thought I had and have learned to move at a slower pace. My love for my children can conquer anything, and I know what REAL problems are. I do not take anything for granted, and I am more present. My life has been limited in all sorts of ways compared to before and still is. But I can say nothing else than that I’m immensely proud and grateful for finally having my children at home with me, and for slowly beginning to work myself out of the state of emergency mode that has filled my existence throughout this time.

I still deal with Leon’s prematurity on a daily basis. He can now breathe without an oxygen tank, but he is fed through a tube inserted in his stomach. We are not traveling or spending much time outside of our house, but yet he is slowly becoming part of a more normalized reality, even though it is far from my breastfeeding days after having my daughter, traveling the world!

But most importantly, I can allow hope to float to the surface. I can allow myself to dream a little more about a regular life, which in fact feels incredible just in itself. And I am finally beginning to feel that I am the same mother to both my children. We are united. – Tonje. 05.24.2015 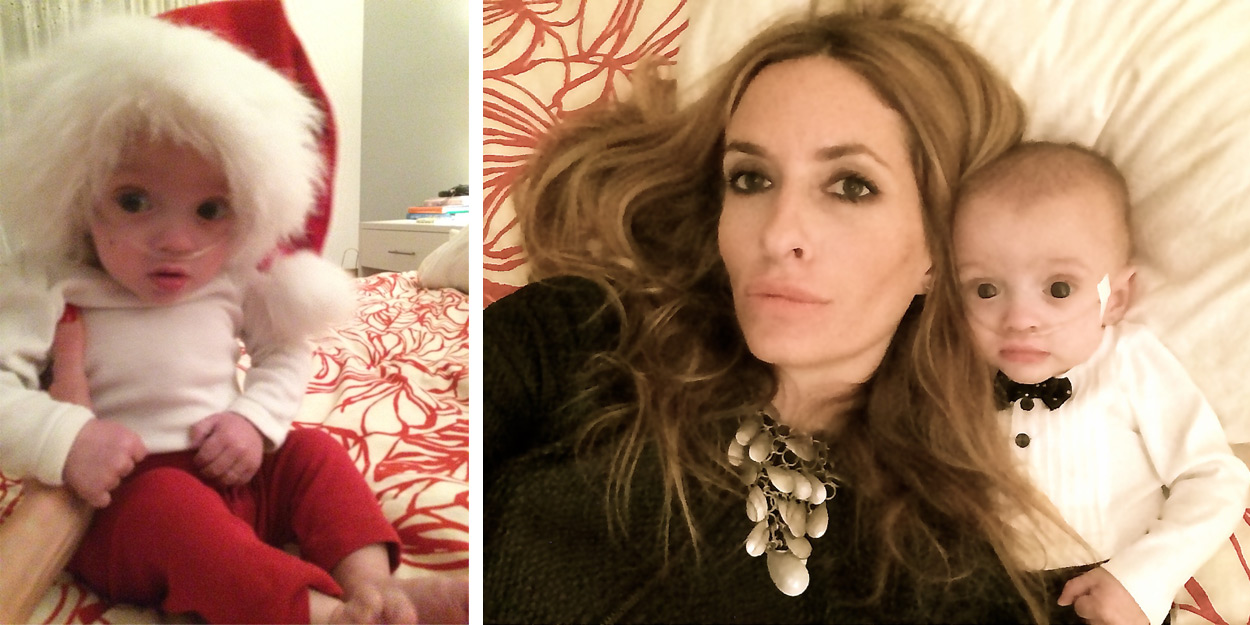 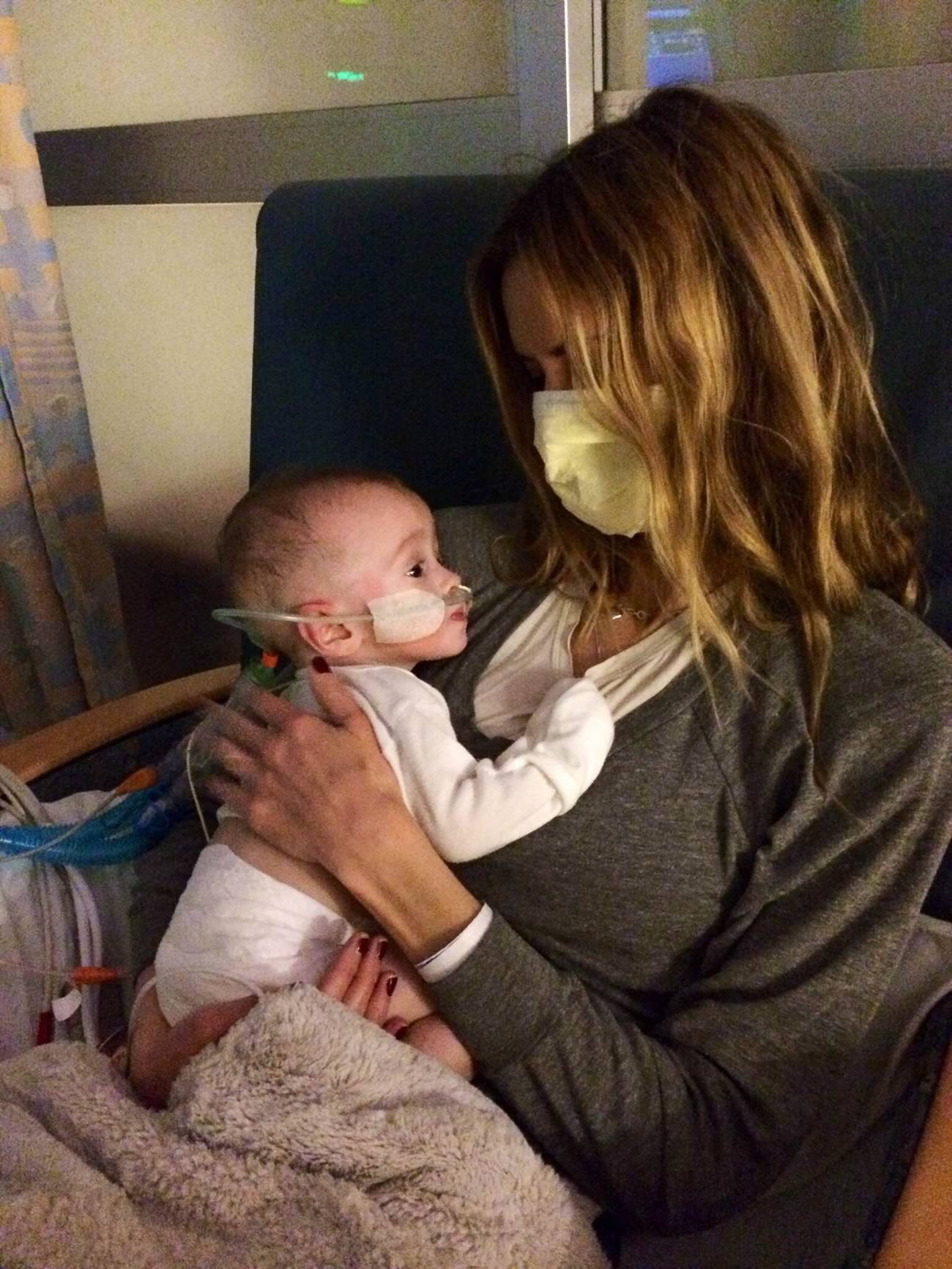 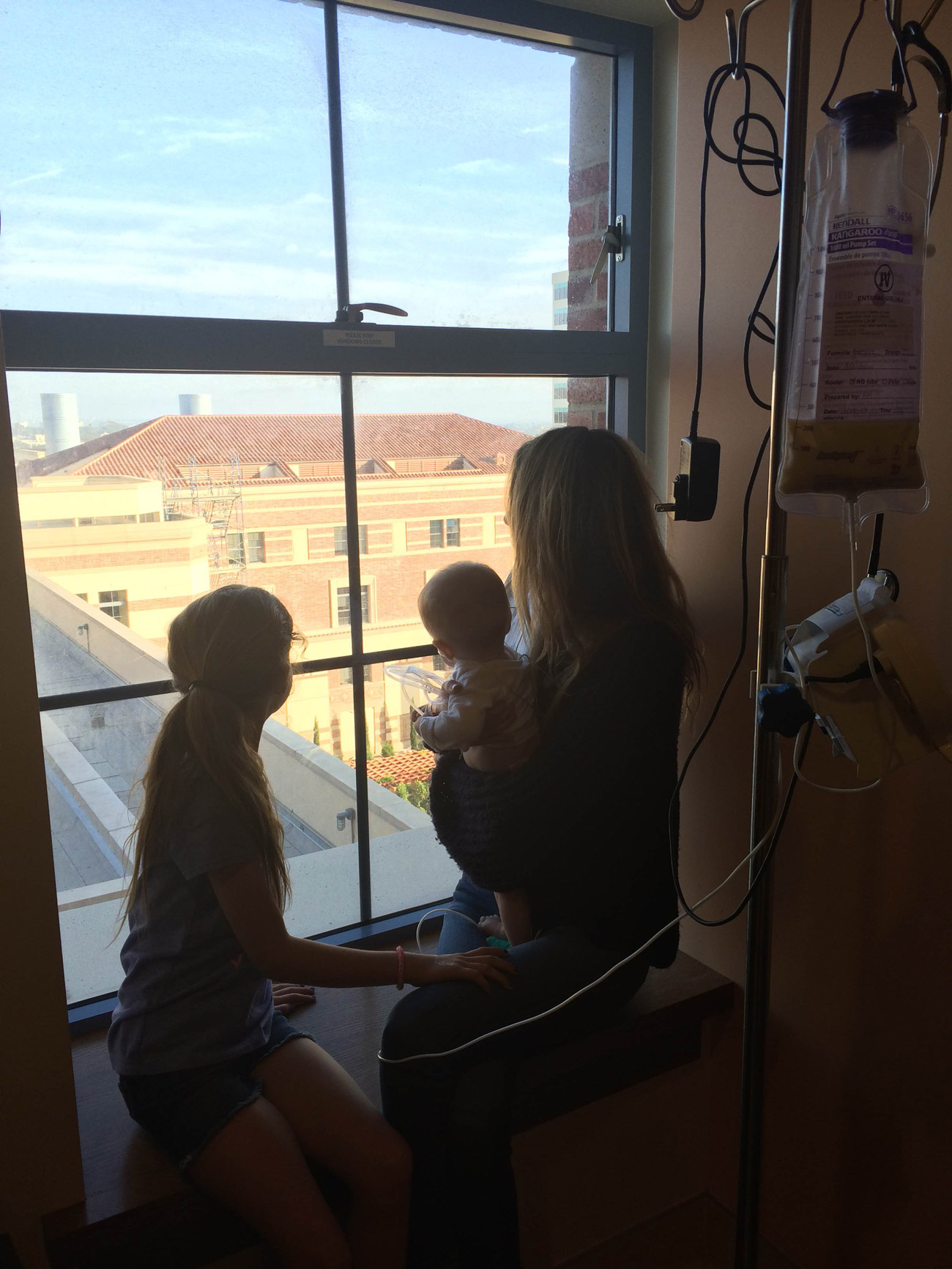 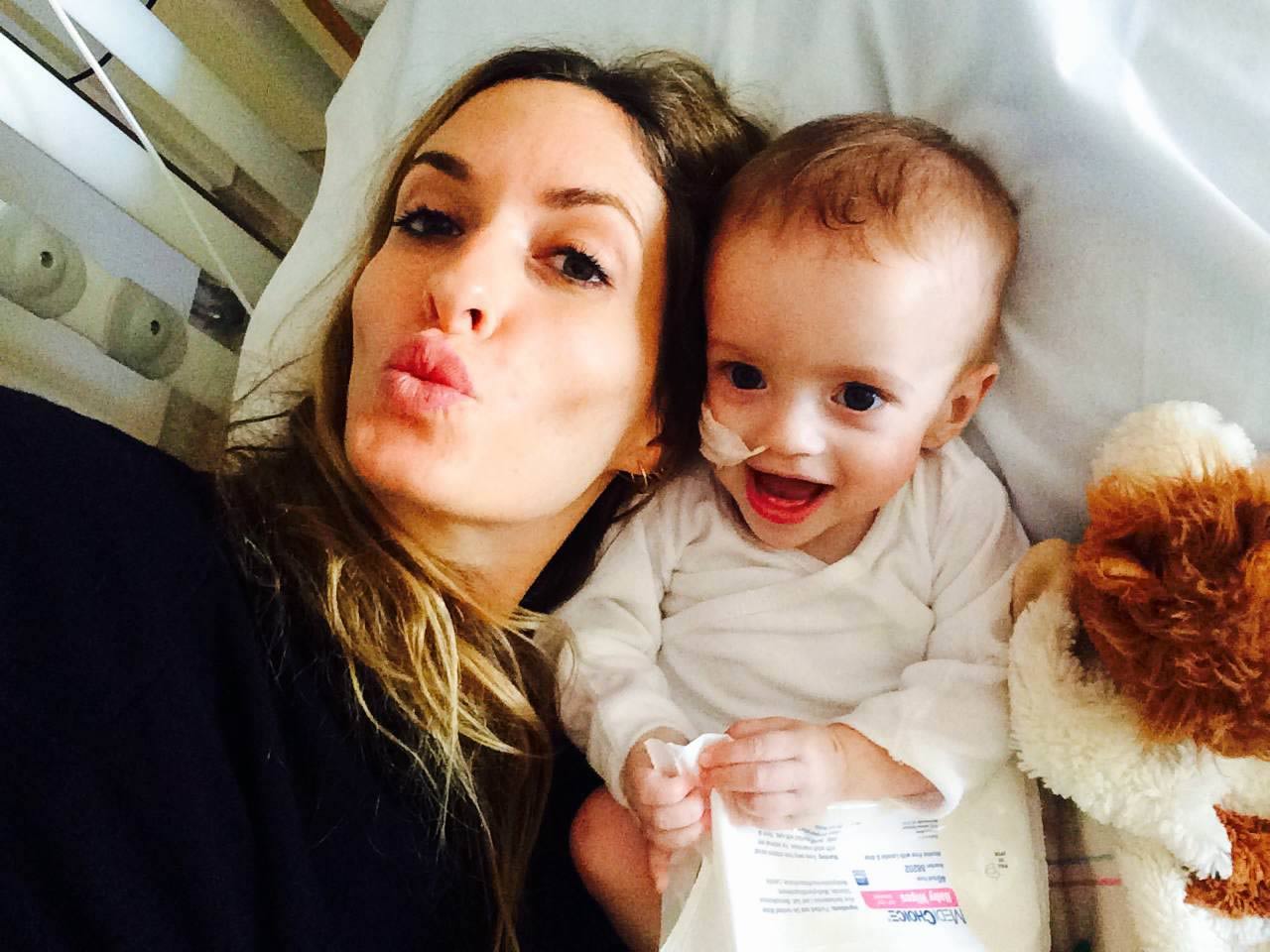 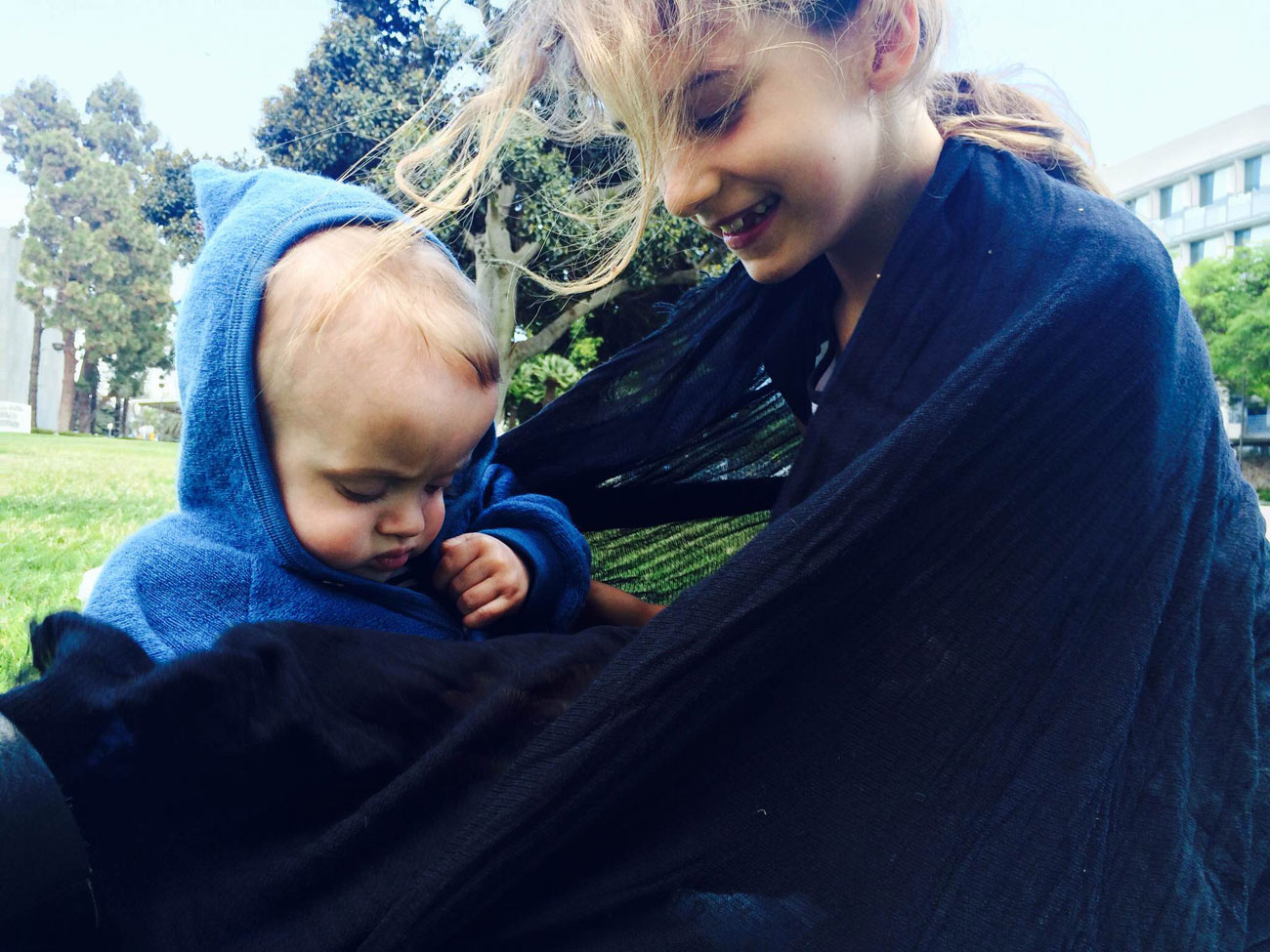