Marie-Fleur Charlesworth, Photographer – Places in the soul we don’t understand 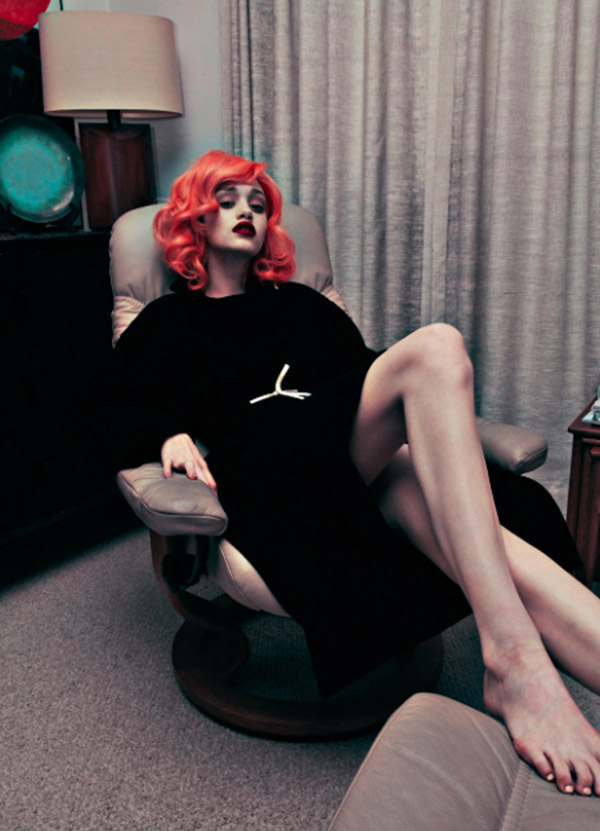 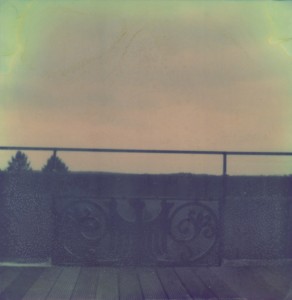 Do you dream?
Mostly I dream of places and these feelings / states in them. I think of dreams like a part of a sit com or drama perpetually fragmented like the a moment before a horror is discovered by Dana Skully on a loop for example.
Everything in dreams is like experiencing an establishing shot in a movie on repeat. There is an innocence in dreams, as if you don’t know who you are or where you are at a given time, so its very immediate. It’s confusing and yet you know everything too. Architecture plays a big part, places like the Barbican or Hotels seems to weld together to make something altogether something else.

No, I used to but I couldn’t bare reading it back so I got rid of them. However I want to keep a dream diary as these are always interesting to read back and they seem fairly impartial. I have some sporadic record of dreams written on bits of paper, that I bothered to write down. I drew a map once based on a place in a dream. There were many shop fronts in a village that had been abandoned, everything was a complex of spaces and doors that had a particular significance. Its almost

like a dream can represent a 3D version of your thoughts.

From cinematography I’ve always been obsessed with the idea of day for night. My dreams are always day for night. Always in twilight. Day for night filters is the reality of dreams. I also like the concept of the pathetic fallacy, where in a story the environment reflects the idea of what is happening to you.

When do you feel happiest?
On the road. Feet up on the dashboard with my boyfriend driving, or me driving, either, both. I could spend the rest of my life driving across the world. It’s such a mysterious place, deep and vast and strange. When you travel it feels as though there is no actual law, it’s the law at any given moment and that law is always passing. There is nothing fixed in nature or in reality and this is reflected in traveling like this. Something about driving that is different to say backpacking, trains etc. you are in a bubble it’s very ‘Television’. Things go by you, a car crash, a vista, a restaurant, a wood, it’s like flicking through of all the parts of reality.

Best lesson learnt from your mother?
I can’t think of a finite thing. She had a horrifying way of just saying the truth in the most innocent way. She always says it was because she was from another country no one understood her but I’m not sure anyone understood her back home either. She worked in a lot of schools she was always the defender of the wild kids. She spoke their language even if she had a heavy French accent. She was their protector, she had respect for them, and to the detriment of her career. She lost a job for what she had to say on the matter of one pupil to a headmaster. I think this was a beautiful thing. It’s a very difficult thing to do.

Who is/has been your role model?
I don’t have a role model. But I like a lot of people through what I read about them, or people I know. They make my heart keep beating. A role model is what you would ideally model your self on, but this isn’t possible. There is a deep storm in me that rejects just about everything, so it’s unlikely I would model myself on anything. I am alone in this sense. But I am addicted to certain things and certain people. That’s a different thing, but to me it’s the closest thing. Addiction is something I understand, I can talk about that. Role models not so much.

I was reading an interview with Joaquin Phoenix recently. I like him. Like River Phoenix they both have so much in common in this magic in them. I believe they are magicians in a sense. I remember My Own Private Idaho when I was 16; River Phoenix and his brother are mysterious. This is what art means to me. Places in the soul we don’t understand.

I love Hunter S. Thompson. I love this story, this personality. That’s as close to a role model comment as I can make.

When in life have you felt most alone?
When I was at secondary school (high school). I hated it. I didn’t really have the same interests as every one else. I stopped feeling alone right after I left. I don’t think I benefited from going to school at all it was a real waste of time. They read in schools conservative literature while I was searching for something else. I remember finding The Trial by Kafka at home on a shelf and thinking this is incredible, why don’t they do this at school instead of Jane Eyre.

How has your life till now been different from what you’d imagined?
I’m not sure I ever imagined it in a specific way. I was only sure I always wanted to meet interesting people, and do interesting things which meant something to me, and this is largely true now.

Now I do see myself in an actual physical place in California. I am obsessed with this place, LA in particular. The place had such a profound effect on me when I went, it think it’s the most interesting and beautiful place. I find it also lonely and haunting. I often feel alone so I don’t feel alone there at all. I like looking at all the houses, everywhere in LA. The palm trees speak to me.

What do you feel about growing older?
Old doesn’t exist to me unless you are old in the mind. People can make themselves old because they believe they should be a specific way at a specific time. I remember an acquaintance who was training to be a GP telling me how inevitable the decline of the body was. I felt like she was already older, she’d seen a future of ailments and problems and death, and accepting this reality it almost becomes intrinsic in you. I’m not in to mysticism but I think it’s fairly true that if you believe in certain things they have a way to seek you out, to become you. This idea was destroying her I felt, the conversation was no longer hopeful. I don’t want spend my time dying, or laboring over an idea of age and death. People who don’t recognize their age I’ve noticed seem to be largely unaffected by their age, even by physical set backs. I’m not into the doomsayers.

What are your hopes and dreams for what the future holds?
I should dearly like it if people would get along better. Why can’t people sort things out via a chess game lets say instead of murdering vast numbers of people. I had this idea when I was 8 and I’m sticking by it, even if it sounds profoundly naïve I know. I can’t even play chess however.

How did you get where you are now in your career? Faith/luck or hard work?
Hard work.

Male dominated world or not? Does it affect you?
No. I don’t care. Men do what they want, I do what I want. Where one door closes, we must make a new one and open it. You have to ignore the set backs, its crucial.

Do you take risks workwise?
It’s always a risk within a creative endeavor. But the risk is minimized by the amount of work you put in.

Do you listen to your instinct?
I do listen to my instinct. Not sure if this is the right thing to do though.

What is your vice?
I love cigarettes but I don’t smoke. Sometimes I have a dream I am smoking. Smoking is nice, but it kills you. It has strong associations with being free and young and that feeling that you were going to live forever. Which is I suppose is ironic.

What is success to you?
Seeing work come together, seeing projects come to light. Inspiring people of that vision.

Woman, mother, lover how does it all come together?
I’m not sure it does but you make it work because it has to.

General life advice to young girls?
Never give up. Don’t listen to negative criticism especially from men. Men through out history have made it an art form to disable women from allowing them selves to have ambition. Ignore, ignore, ignore. Create, create, create.

SAIE SAIE q&a with Singer/songwriter and producer Alexandra Saidac
May 3, 2016

“Everything will be ok in the end. If it’s not ok, it’s not the end”. Q&A with Sarah Wietzel Seresin by Tonje Kristiansen
July 23, 2015

What is a Male Mother? Q&A by Tonje Kristiansen with Anne Sandberg
May 26, 2015